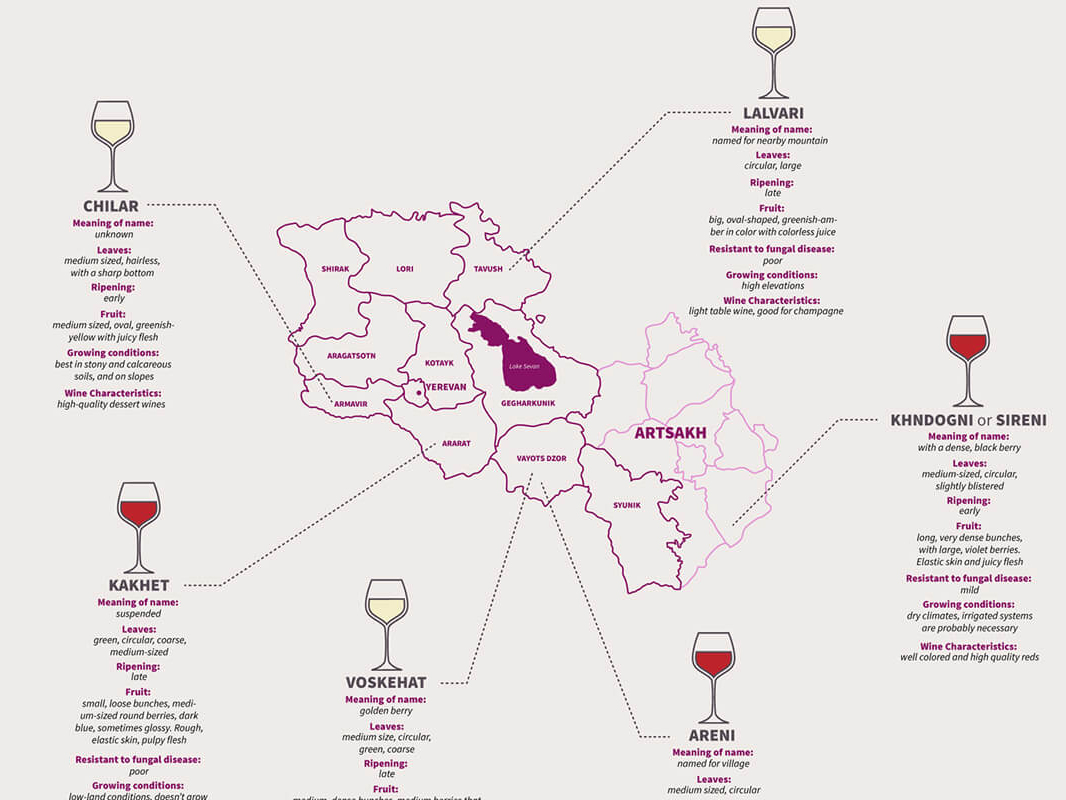 What do you know about the history of winemaking around the world and in Armenia? Here’s a brief glance.

Armenia (Հայաստան (Hayastan – as we call it)) A country of a population around 3’000’000  (officially) and around 10’000’000 diaspora around the world, bordered by Georgia, Turkey, Azerbajian and Iran. A country of vast history, so where does the wine come in?

Some information about the past...

Archeologically, remains of the earliest grapes were found on the territory of present Israel (Nahal Oren cave), this was considered the picking stage period (Epipaleolithic) . when people would harvest the grapes, cereals and grains and store them.

After that the period, during the new stone age (Neolithic period), Embryonic viticulture is mentioned, meaning at these times the first attempts of squeezing the grape to enjoying it’s sweet juice.


Artifacts of winemaking have been found that date back to this period, or New Stone Age, in various regions, such as what is now Turkey, Greece, Iran, Azerbaijan, Georgia and Armenia.

After the Neolithic Period, comes the Eneolithic period, considered as the Proto-viticulture period, during which winemaking originated. Armenia was producing wine during this period, proof of which we have found in Adablur and the Areni-1 cave (see photo below).

Areni-1 cave By Serouj - Own work, CC BY 3.0, More info from National Geographic

Vine cultivation and winemaking in Armenia developed also in the Hellenistic period and through the Middle Ages as mentioned in the works of Herodotus, Xenophon and Strabo. Armenian Medieval sources also contains a lot of rich historical,  legislative, medical, and literary information about wine, grape and vineyards.

To sum up, winemaking has been popular in the region since a very, very long time ago.

In the next article we will speak about winemaking in Armenia nowadays..